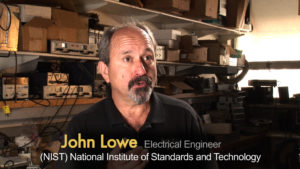 January marks one decade of oral history production. Preserving the untold stories of the past is an important task which is almost entirely placed on the non-profit community. Since 2007 Michael Whelan has been producing documentaries, in-studio interview shows and simple recorded interviews for clients. These interviews have taken place around the world and in the local Schenectady area.

“I’ve been working with the elderly on a volunteer basis since adolescence with programs by the Boy Scouts. Their stories of youth in the 1930s and 40s were captivating and I enjoyed hearing about topics such as the earliest days of backcountry skiing in the Adirondacks, attending the 1932 Winter Olympics and the invention of cool technologies at General Electric during the war years. 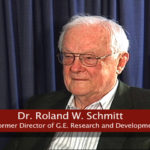 When I began doing the bulk of my oral history video work in 2007 it was a chance to once again hear about some incredible real stories from engineers that changed the world for the better. In 2008 and 2009 I was able to expand documentaries to include interviews with great engineers from places around the world like Moscow, Hanover, Seoul and New Delhi. Because of the age of many of our subjects it’s easier to travel to them, or at least use conferences to gather a group of people together in one place for an interview.

Perhaps the most satisfying work from the craft point of view is to take these video interviews about interesting stories and format them into modern multimedia work. For the Electric Light project sponsored by the IEEE (the largest technical profession organization in the world) my work captured input from inventors that no one in the general public knew about and we create web pages and short videos that put these innovators into the public eye. Now when school kids research certain electric lights like the LED they will know a more full story. Refined media work has a higher cost to produce than simple interviews, however it is necessary to bridge the generation gap to reach some percent of young people. You don’t have to reach everyone, but by reaching the 10% who will become our future engineers and policy leaders we do make a difference.

Long raw video interviews are the first step, and they occupy a key position for researchers in the future, however they are not consumed by the masses. When thinking about future projects it’s important to keep marketing topics in mind. You can have more than one target audience, and you can format your media to reach each one of them effectively by having different products distributed differently.

Oral history gathering is important in a world filled with junk websites and pop science. For years my research has discovered how profit-driven media houses have distorted history by sloppy work based on junk internet references. By gathering oral history from the people who where there, or who’s fathers and grandfathers were there, we can gather a more accurate picture. While there is more than one side to a story its hard to please everyone, however when dealing with content creation for historical material its important to have a tone which encourages open mindedness in the reader.

Demand for oral history interviews and documentaries, its about longevity, not explosive immediate reach:

Sometimes a documentary can hit a nerve in modern media and reach millions. This can be done by tapping into a hot current event, or deeply seated cultural issue (like Ken Burns’s Civil War series). Most of the time however oral histories and the documentaries they support will not have huge widespread demand. Documentaries are formatted to allow the video to achieve great heights if the stars align, however the true value of oral history is in longevity, not in the world of today. Oral history based documentaries and raw video will be sought after by researchers and media producers long into the future, and it will give more meaning to your organization over the long term. Private corporations have been very generous in the past supporting non-profits that preserve history, however those same organizations have again and again proven to be volatile and reckless even with their own history and artifacts.

While media based on history doesn’t achieve great YouTube view numbers (4-6 figures at best) it will have a long slow trickle of demand. Young people who care about the subject matter today will likely become experienced leaders of tomorrow. Forget trying to reach everyone, if you formatted your media for that it would have to loose the rich density of storytelling that is found in oral history interviews.

The past shapes our future:

We want to cultivate a new generation which executes critical thinking when they look at things on the internet. The media environment has changed a lot since I have started in the media business. I’ve watched it go from a few networks with a small and limited reaching net, to everyone having access to the net. The unfortunate result of lack of critical thinking in the masses is evident over the last decade in which you’ve seen the United States becoming heavily divided and harboring hate based on internet myths. Oral history and the documentaries which use them as source should help the modern generation gain an understanding of the past so they don’t repeat it. The coolest thing I’ve discovered about the past is how people were just as bright, dynamic, innovative and passionate as they are today. If people understand this than they respect the past, our elderly and gain a better understanding of humanity.”